August Resident of the Month 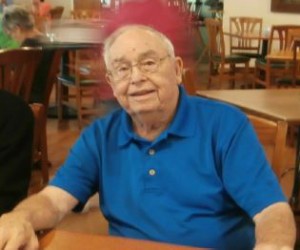 Kenton Pointe Assisted Livings August resident of the month is Billy Ross. Billy joined our community in June of last year. Billy held jobs in the sheriff’s office and was County Judge Executive of Mason County until his retirement in 1991 when he decided, “it was time for Bill Ross to take it easy.” He has also been a well-known farmer in the Mayslick area. He describes himself as a “farmer at heart.” He was married for many years and is the proud father of four children. Billy can always be found walking around the building with a smile on his face. If you have some time, spend a few minutes with Billy and listen to his awesome stories! Fields is June Resident of the Month Fields is April Resident of the Month